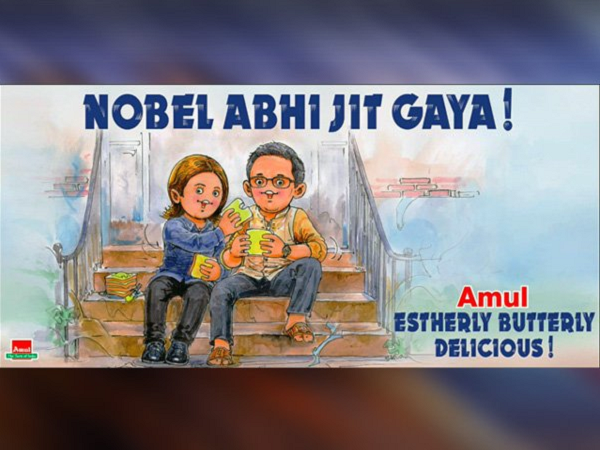 Recently, Indian American professor and Economist Abhijit Banerjee earned the prestigious Nobel Prize along with two other economists for their 'Experimental Approach In Alleviating Poverty'. Esther Duflo is also one of them. She is youngest woman to be honoured with a Nobel Prize. Amul made a creative doodle for paying tribute to them.
Featured Posts
Notification Settings X
Time Settings
Clear My notification inbox
Done
Clear Notification X
Do you want to clear all the notifications from your inbox?
Yes No
Settings X
0
No New Notifications
X